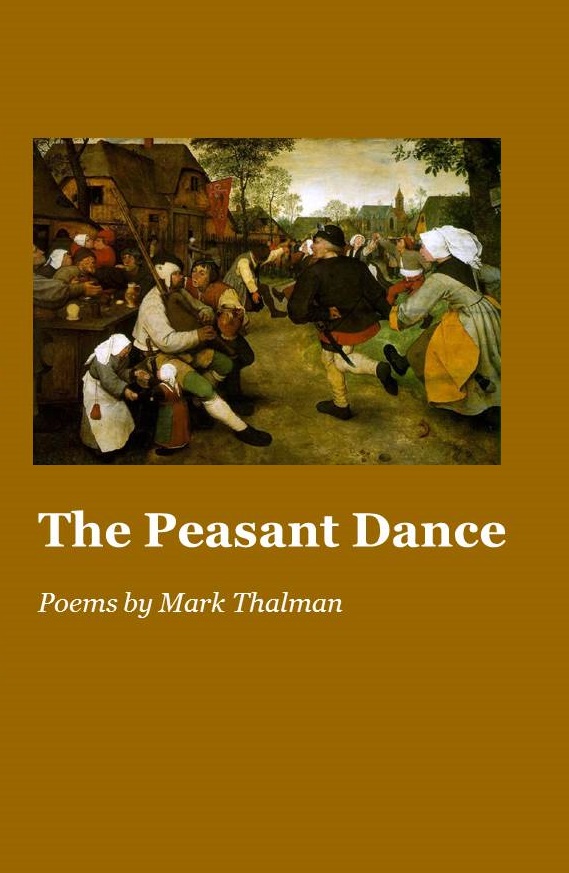 The Peasant Dance is about the endurance of love. The poems spin vignettes, move intuitively and with grace. Mark Thalman's work weaves scenes from indelible memories, some serious, and others with just the right amount of dry humor.

"Invoking Bruegel's panoramic painting of The Peasant Dance, Thalman explores the full range of sorrow and joy in these poems of memory and family, loss and love. Each poem is a concrete narrative with memorable details, whether about his mother with Alzheimer's 'slowly strangling her mind' or his father, the caregiver: 'Still a husband, he has no wife. / She has been sucked into a vortex, a funeral / that whirls about him each day.' He writes about the body's slow decline, but also tender poems to his second wife: 'I see a ring around the moon, reminding me / of 29 years of marriage / and still being / in love with you.' There is much to recommend in this entire collection." - Barbara Crooker, author of Some Glad Morning

"Its title poem occasioned by a Bruegel painting, this collection is characterized by the dark earthiness permeating that Dutch artist's work. In The Peasant Dance, Mark Thalman includes a suite of poems about his Phi Beta Kappa mother subsumed by Alzheimer's and the toll her disease takes on him and his father. But he also gives us-as in his irresistible poem 'Because'-love letters to his cherished wife. Like 'green shoots of wheat/ to be harvested in late summer,' Thalman's poems emerge from the darkness of pain and difficulty to brightly 'finger their way out of red clay.'"-Paulann Petersen, Oregon Poet Laureate Emerita