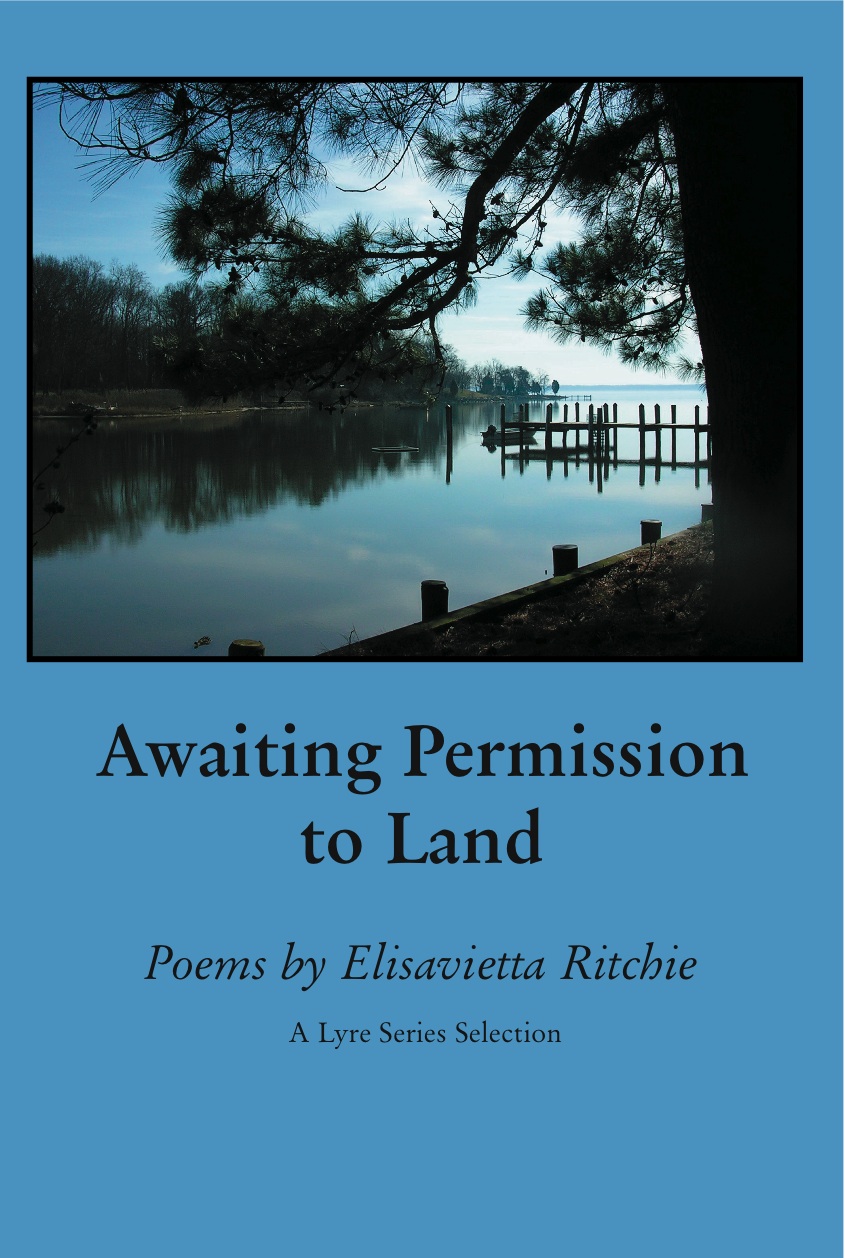 Elisavietta Ritchie’s poetry could be  in the tradition of Moore, Bishop or Akhmatova, both the lyrical and the grim: an insatiable curiosity about the world pervades her poems, rendered in deceptively understated, clear lines. Yet as the world teems with life and knowledge, the poems of Awaiting Permission to Land churn far more deeply than their lines reveal at first glance.

On The Arc of the Storm (Signal Books, 1998): “A xylophone of the imagination, full of balls that bounce off life’s walls in unexpected ways that delight, amuse, astound, and sometimes sting. Poems that consistently take an astonishing range of experiences and transform them into something new, but still natural. ‘Afterthought’ uses a discussion with a doctor to skirt the buzzing world of imagination to the edge of dementia. ‘Annunciations, September’ shows the powerful effects on a woman of having a young man intrude into her life. ‘Nothing, One April Evening, Kyoto’ is a brilliant, imagistic poem. ‘Unscheduled Flights’ wonderfully develops a dream of an airport burning. ‘Visiting Hours’ eerily combines detachment from reality in an old folks’ home with visitors who become increasingly like the patients.”—Ken Goosens, Visions International

On Elegy for the Other Woman: Selected & New Terribly Female Poems (Signal Books, 1996): “Both Monica and Hilary should have a copy...maybe even the whole country!”—Carpenter Gothic website

On Tightening the Circle Over Eel Country (Acropolis Books, 1974), winner of the Great Lakes Colleges Association’s “New Writer’s Prize for Best First Book of Poetry 1975- 76”:  “Elisavietta Ritchie’s poetry combines a Byzantine elegance with straightforward plain style honesty. The extraordinary range of her interests—work, love, sensuality, and man’s plight in a forlorn civilization—is reinforced by her exquisite regard for language and a lively fascination with the possibilities of form.”—William Packard, editor, New York Quarterly

An earlier version of Elisavietta Ritchie’s manuscript Awaiting Permission to Land won the 2001 Anamnesis Award. Her poetry, fiction, creative non-fiction, and translations have appeared in Poetry, Poetry Anthology 1912-2002, American Scholar, New York Times, Christian Science Monitor, Washington Post, National Geographic, J.A.MA. The Journal of the American Medical Association, New York Quarterly, Confrontation, Press, New Letters, Kalliope, Nimrod, Canadian Woman Studies, Calyx, Iris, Atlanta; many anthologies including Sound & Sense; When I’m An Old Woman I Shall Wear Purple; If I Had My Life To Live Over I Would Pick More Daisies; The Tie That Binds, If I Had A Hammer: Women’s Work; Grow Old Along With Me / The Best Is Yet To Be; Generation To Generation; The Muse Strikes Back; Beyond Lament: Poems on the Holocaust, Love Is Ageless—Stories about Alzheimer’s Disease; Gifts of the Fathers;  Stories from Where We Are; Diamonds Are A Girl’s Best Friend; Knowing Stones; Essential Love; and other publications throughout North America and overseas.

Ritchie has read at the Library of Congress, Harbourfront, Folger Library, Pittsburgh International Forum, The Writer’s Center, and other cultural centers, libraries, universities and schools in the United States and Canada; and, sponsored by the United States Information Agency, in Brazil, Malaysia, Indonesia, Singapore, Thailand, Hong Kong, South Korea, Japan, the Philippines, Australia and New Zealand, Russia, Bulgaria, and the former Yugoslavia. Her poems have been translated into a dozen languages. She often teaches creative writing workshops for adults and serves as a poet-in-the-schools.  For three years she was president of Washington Writers’ Publishing House, and recently co-president for fiction. She founded the tiny Wineberry Press, and edited The Dolphin’s Arc: Poems on Endangered Sea Creatures, and other books and anthologies.