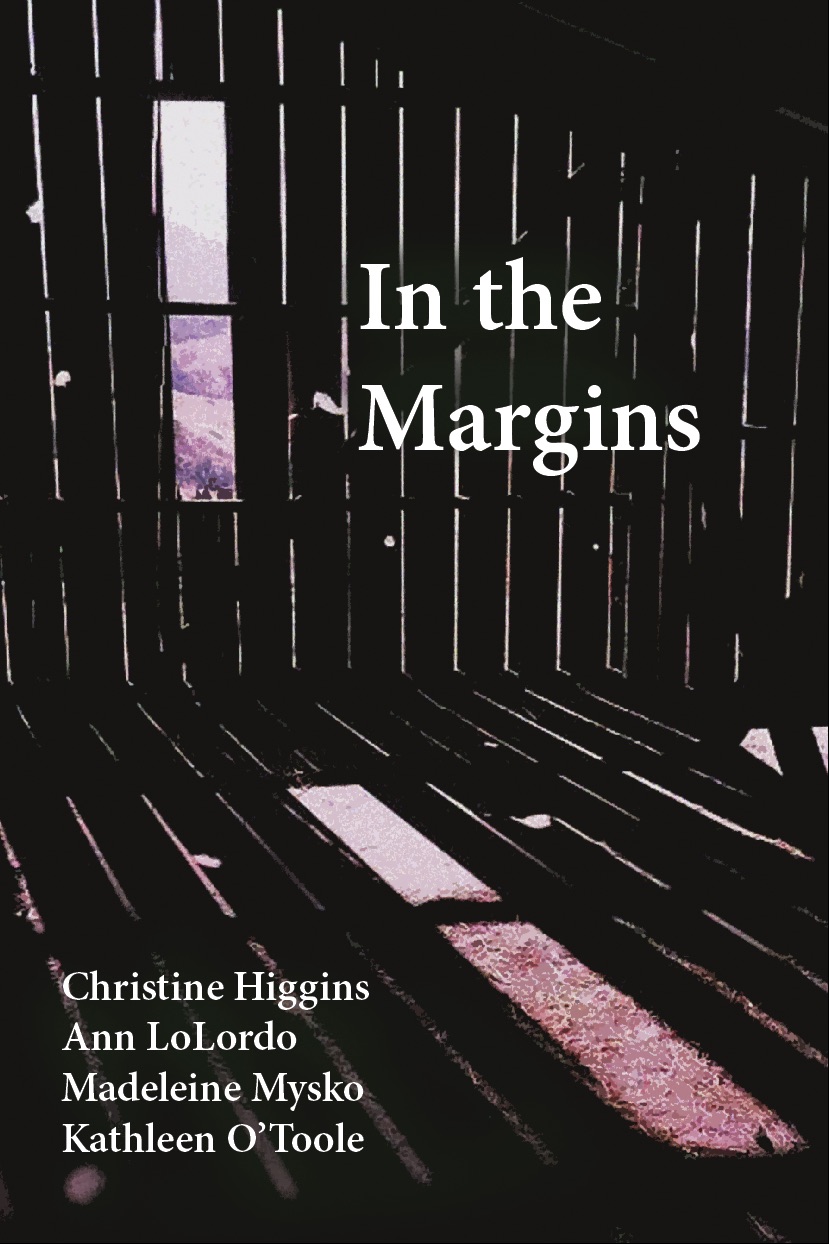 Some years ago, when a young filmmaker made a documentary about a poetry groupfour women midway in a decades-long journey togetherthe poets came up with a name: In the Margins. In the margin of professional lives and friendships, in the margin of births and deaths and raising children, in the margin of war and resistance to war. The poets dont mean to suggest that the writing of poetry is peripheral, but rather that it is integral to those narratives.

"In the Margins is a virtuoso performance by four gifted poets--Christine Higgins, Ann LoLordo, Madeleine Mysko, and Kathleen O'Toole--moving ever deeper into the public and private spaces of their lives. Like voices in a choir, this beautifully modulated quartet can sing in harmony or rise to the demands of a solo, so that the collection, taken as a whole, is larger, even more resonant than its parts."--Elizabeth Spires

"Baptisms to buddelia and Buddha; a handkerchief blotting tears that resurfaces, mythic, as Veronica's veil; mothers and daughters, care taking and memory ('the vessel--an old jar, lid/punched with holes, to let the fireflies live.') This is a rich garden of love and loss, of pain and delights, 'such beautiful things made from their grief': accomplished poets working 'furious as the squirrels/hiding what they must preserve before the coming frost.'"--Moira Eagan

"The four strong and distinct voices in this collection share a deep understanding of the gentle and the human as they document the twists and turns of lives which easily become metaphors for our own lives. These poems are woven together with threads of wonder and amazement, grief, laughter, and patient dignity. They create a tapestry which urges us 'to take the measure of the miracle and all the fragments.'"--Michael S. Glaser