A Study of Extremes in Six Suites, Poems by Irene Mitchell 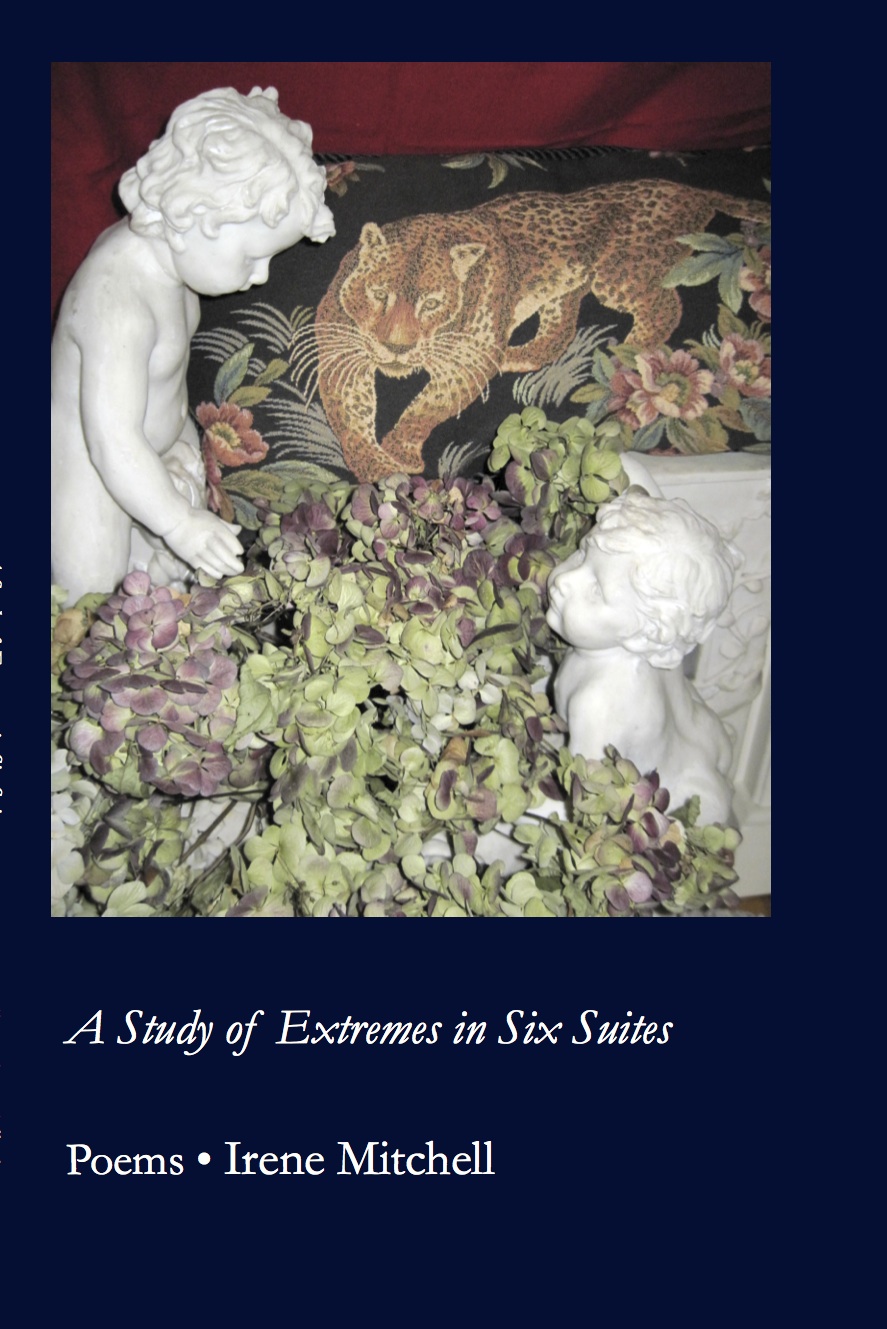 In A Study of Extremes in Six Suites, Irene Mitchell conveys the utmost point or verge at which, by way of an uncharted relationship, the personal and the universal ultimately converge.

"With grace and depth, Irene Mitchell writes toward the largest subjects. I was smitten-- and impressed-- by her delicate, profound lyrics, which seem Dickinsonian in their slant truths and surprising language, their tonal complexities and unsettling charms. Mitchell's poems are wise but never ponderous since 'One covets a little glitter / against a darkening sky.' The subjects include art, film, travel, but mostly these beautiful ontological poems consider what it is to be alive. Richly original, they are awake to the knowledge that we live in 'a sinking paradise.' In addition to such soulful gravity, there's insouciance and humor. A Study of Extremes in Six Suites is a delightfully fresh collection. Irene Mitchell is a discovery."--Alice Fulton

"It takes a certain kind of maturity to appreciate the enigmas and absurdities of life, a maturity Irene Mitchell fully realizes in A Study of Extremes in Six Suites. These are poems of the elemental and essential, of the alert eye and keen ear, poems attuned, like the natural world which triggers them, to a 'field yet undiscovered/ in the heart's hinterland,/ that semi-precious habitat/ wherein lies love.' In poem after poem in this large and lovely collection, Mitchell speaks with breathtaking beauty and deft precision. This is a poet at the top of her craft."--Paul Genega

"Irene Mitchell's A Study of Extremes in Six Suites reveals a poet who inhabits a space between the real world and the world of magic realism. Mitchell's muse puts four ripe tomatoes on a white blanket, then 'raises her slip, flirty and slow,' compelling the poet to unbuckle her muse's shoe. The poems in this unbuckled volume are musical, passionate, infused with brilliant images from nature. Reader, pay attention as Mitchell urges, 'Let's slip over our boundaries.'"--Susan Terris

Irene Mitchell, a long-time teacher of English and Writing in New York, has published poetry both at home and abroad. Her early London correspondence with writers, editors, and scholars about poetry is included in the final year's collection of The Aylesford Mss., archived in Indiana University's Lilly Library. Mitchell, who served as poetry editor of Hudson River Art Journal, has been featured reader of her work at various venues, a juror in poetry competitions, and a facilitator of workshops on how to write better poetry, Her poems have been executed as broadsides, the text incorporated in the artwork, and exhibited at regional galleries and libraries. Selections of her poems have had their concert debut, having been set to music by composers for piano and voice in cycles of art song, the marriage of music and poetry. Mitchell is the author of a previous collection, Sea Wind on the White Pillow (New York: Axes Mundi Press, 2009).