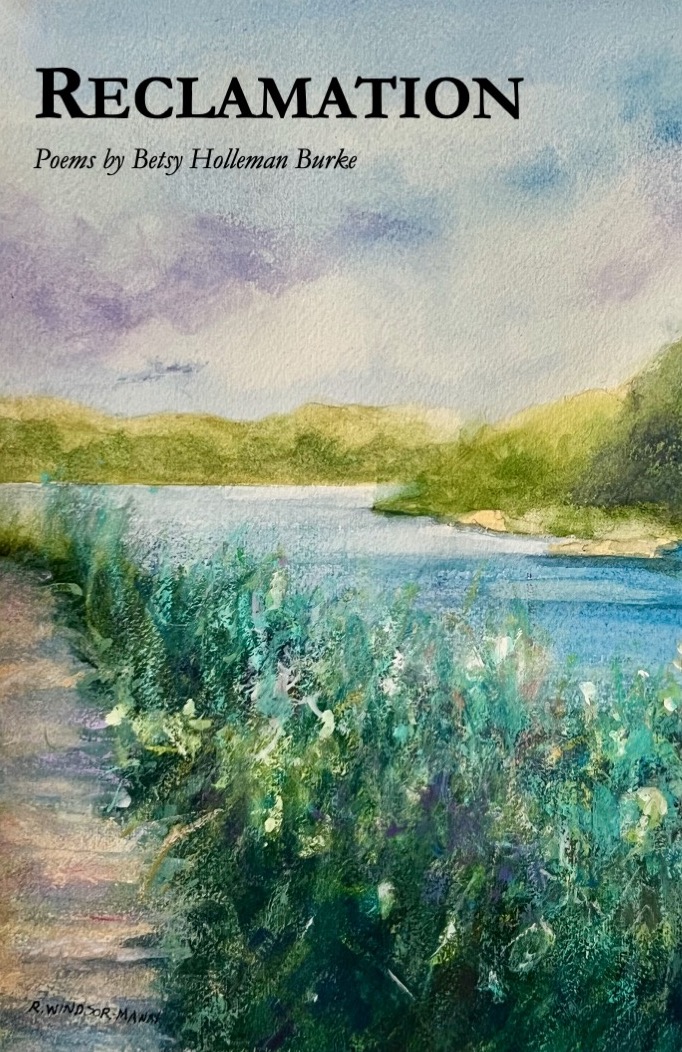 Betsy Holleman Burke's poems in Reclamation go to the heart of pain and loss. She teaches us to process suffering as she looks back and reclaims the love and joy of every relationship.

"These are wise poems. Betsy Holleman Burke's observations of the world are instructive. The poems she writes as she 'reclaims' her life are courageous. They are useable elegies."-Susan Seydel Cofer, visual artist

"In Reclamation, poet Betsy Holleman Burke embraces loss in poem after poem, taking on the weighty question of what follows. Her finely-wrought words recapture moments in lives and thereby restores them. While the National Cathedral was shuttered her 'knees ache for wood and stone'. When the doors opened, 'Flower people summoned/ to lighten dark spaces.' There is a heart hard at work in The Pharoah, when she and her family placed favorite items in her husband's casket to accompany him on his journey. That heart finds its way through grief and pain to new love as 'We watch a fraction grow'. These poems are light-filled talismans."-Judith Bowles, poet, author of The Gatherer and Unlocatable Source

"In Reclamation, Betsy Holleman Burke shows herself to be the consummate poet of the heart."-Henry Crawford, author of American Software and Binary Planet

Praise for All That Remains (Cherry Grove Press, 2020)

"All That Remains is a vivid collection full of longing for the homes and lives we carry with us and make along the way; for the natural world ( a heaven on earth for the poet) and with the spirit to prepare for the next world beyond ours."-Majda Gama

"these poems are full of people and nature-motion and stillness - and they reveal how human memory deals with tangible and intangible loss."-Donna Denize

"Betsy Holleman Burke has devoted her practice to mining the house of memory for what remains, and she has done a glorious job in finding much alive there, whether threatening, joyous, bound, scuttling, wounded or being born. She is a poet of lament but also praise and her work is testament to the difficult attention the poet must pay to the Real in all its breathtaking forms."-David Keplinger

For more information about Betsy Holleman Burke and her poetry, visit: