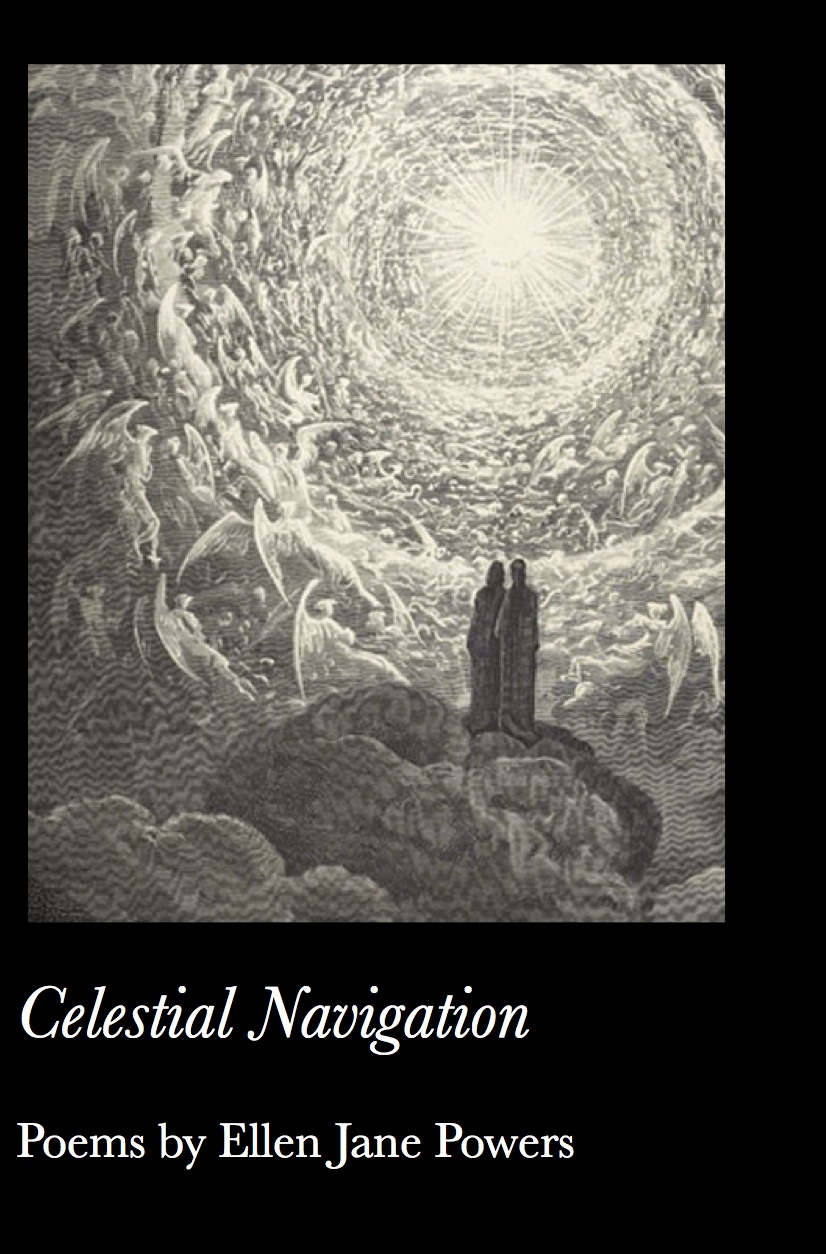 The poems of Ellen Jane Powers' Celestial Navigation are alive with the voices we hear, spoken and unspoken, from the world's expansive breadth.

"Ellen Jane Powers' Celestial Navigation reads like a contemporary Song of Songs in which the mystical and the biblical commingle with the daily ministries of garden life, sky, as well as earth's undersong of loss and passing. These quietly lush poems read like blessings that are at once deftly attuned to the planet's 'quiet turning' and profoundly cognizant of the truth that, ultimately, it is only 'threads of light' that 'ground the illusion' of our presence here. Contemplative, devotional, the poems of Celestial Navigation orient us toward the sacred, and enact the visionary with passion and clarity."-Daniel Tobin

"The vivid, mystical, evocative poems collected in Ellen Jane Powers' Celestial Navigation are a delight to savor. The spirit's silent search is given words: 'The real kingdom,/ not up there, nor to the left or the right,/moves with the moment-found/between the wall outside and/ what's held in. The heart's longing sings in sensual images. '...your exhale taken by my inbreath/in between, the death-point shared./ Our eyes exchange one word across/the white-noised distance:-now.' Inner truths of women's lives are revealed, from Aunt Hanna '...distracted by nuthatches shuttling/ birch bark and grass clippings to the birdhouse./ When did I lose her?' to Hildegard Von Bingen: 'The voice followed me even as my body/repelled its words and lay within the rib of day.' Ms. Powers writes in a unique, compelling voice that ought to be heard and enjoyed by all those who value true poetry."-Dolores Stewart

"Ellen Jane Powers' poetry speaks of love and longing, of the encounter with the beloved and with the richness of the natural world. Powers is alive to the moment when 'someone surges with an impulse/ of human connection and completes the thought.' Her poems, balanced on the 'crosspoint of dreams,' hold the potential to transform both speaker and reader. The precision of her language, the luxurious imagery of nature, and a deep sense of gratitude and blessing infuse the poems of Ellen Jane Powers with grace and insight."'-Rabbi Gilah Langner

"These are richly-textured, well-crafted poems, attuned to both the senses and the spirit."-Esther Cameron

Ellen Jane Powers has had poems and book reviews appear in such journals as Inspirit, Off the Coast, The Deronda Review, Kerem, and other journals, and in the anthology Do Not Give Me Things Unbroken. A graduate of the Creative Writing Program at Goddard College in Vermont, her first poetry collection, Celestial Navigation (Cherry Grove) and chapbook, Toward the Beloved (Finishing Lines Press), came out in 2013. She lives in the Boston area.