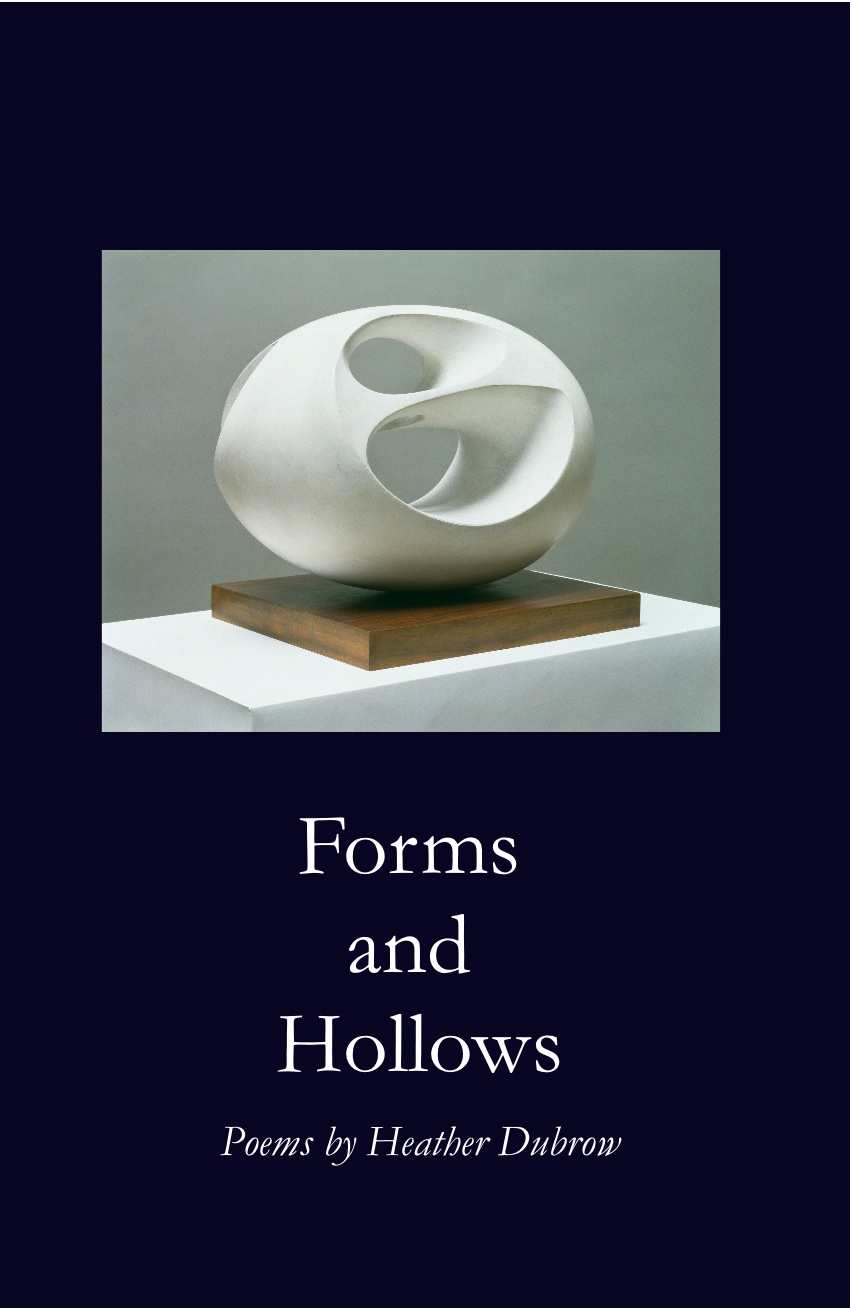 The sharp precision of Heather Dubrow’s Forms and Hollows can elevate, embrace, and ennoble experience; these poems’ piercing craft and varied music are both a challenge and a pleasure.

These poems are the work of a true, accomplished poetattentive, honest, and sly. Dubrow is learned but never pedantic, comic but never cheaply sardonic, elegant but direct.John Hildebidle

Poetry is play, wrote Robert Frost. If you forget that, youre a fraud. And play is one thing Heather Dubrow, in her wonderful Forms and Hollows, never forgets. Unabashed by the bawdy pun, the witty one-liner, the surprising punch line, Dubrows standup poetry takes its place in the great tradition of American humor. It also graces the halls of American elegy, with the grinning reaper playing peekaboo behind nearly every line. With a canny wit and intelligence, and a wry and wise panache, Dubrow moves, in these thematically wide-ranging and formally nimble poems, seamlessly from lyric sequence to narrative account, from ontological debate to epistemological speculation, from light verse to dark meditation. Whether writing about a mothers death, a marriage and divorce, art, food and spices, or the cycle of the seasons, Dubrow evokes, with abiding good humor and deep compassion, the dazzlement of everyday life.Ron Wallace

What I especially admire in Heather Dubrows poems is how she achieves direct emotional utterance in language that looks both waysat the bright-lit, appetite-inducing liveliness of the world and the animating energies of art, as well as at the darker shades where mortality and all the natural and unnatural shocks that flesh is heir to lurk. Throughout Forms and Hollows theres a gallantly playful wit at work, a sort of buoyant stoicism, a conviction that even if lightning strikes twice it is cracking with laughter.Eamon Grennan

From delicious food poems to fierce or wistful meditations on death and divorce, Heather Dubrows deftly shaped verses speak eloquently about the forms and hollows of love, longing, loss. Whether she offers melodies of sorrow that are sometimes sardonic or memories of pleasure shaded by sadness, her art is always compelling.Sandra M. Gilbert

Heather Dubrow, director of the Poets Out Loud reading series, is the John D. Boyd, SJ, Chair in the Poetic Imagination at Fordham University, where she wears two hats, the headgear of a literary critic and the beret of a poet. She has previously published two chapbooks, Transformation and Repetition (Sandhills Press/Main-Travelled Roads) and Border Crossings (Parallel Press), and her play “The Devil’s Paintbrush” was produced by the Brooklyn Heights Players. Among the journals in which her poetry has appeared are Journal of the American Medical Association, Prairie Schooner, Southern Review, and Southwest Review, and one of her lyrics was the featured poem on the Poetry Daily web site; two of the poems in this collection, “Dill” and “Waking Hours,” have been set to music and performed. Her work has also been reprinted in collections, such as Encore (Parallel Press). Wearing the other hat, she is the author of six books of literary criticism, most recently The Challenges of Orpheus: Lyric Poetry and Early Modern England (Johns Hopkins), and of numerous essays on literature and pedagogy; co-editor of a collection of essays; and editor of a forthcoming edition of As You Like It. Her previous academic affiliations include Carleton College and the University of Wisconsin-Madison; at Wisconsin she was the John Bascom Professor and Tighe-Evans Professor. Heather Dubrow and Donald Rowe live in New York City, where they delight in the poetries crafted by Deco buildings, Japanese lacquerwork, and French bistros.