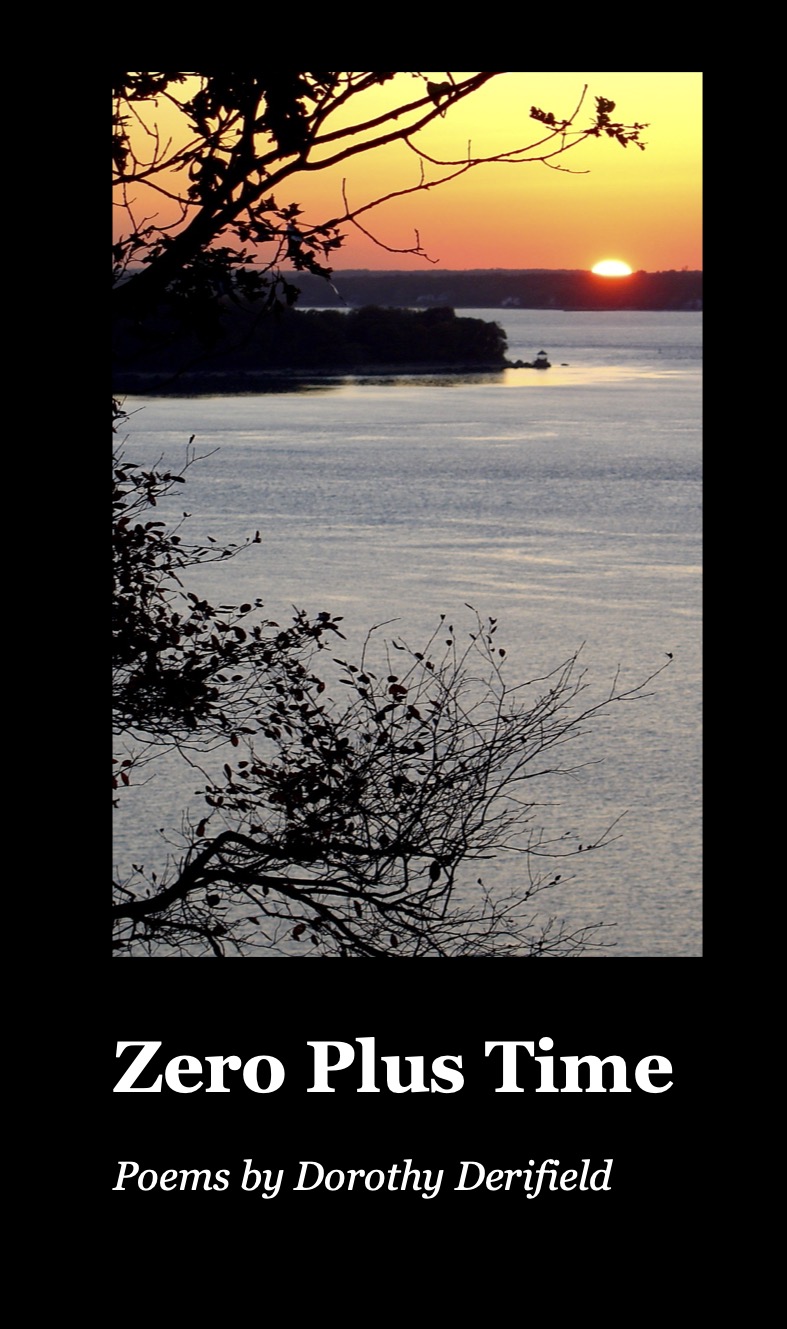 Zero Plus Time is an exploration through the seasons of life with stops in significant eras. Along the way, the poet examines the vagaries of time and memory, how the past has never really passed, and what we carry, physically and spiritually, into the future.

"'Time has different shades of darkness,' writes Dorothy Derifield in the title poem of this thoughtfully crafted collection. Behind the moments, real or imagined, behind even summer picnics and carnivals is 'something about the dark.' And what poet has ever made us see what we have in common with a plastic water bottle? In 'I Was Once a Plastic Bottle,' she writes, 'We are crushed and melted over/and over.' But despite her unflinching look at what time can do, she comforts us. 'Perhaps we can agree//that the winter sun slanting through the windows/ is warm and polishes everything.'" -Ellen Steinbaum

"In Zero Plus Time, Dorothy Derifield offers readers a hard-won lyrical vision distilled from a lifetime's careful observations and deeply lived through experiences. Her deftly crafted poems range widely from small town, mid-west childhood and adolescence to the joys and griefs of adulthood faced head-on. Sight, sound, and intellection are all here in a pleasurable mix, featuring iron lungs, whiskey bottles under car seats, a friend's suicide, a parent's slow agonizing death.... A patient and skillful practitioner of her art, Derifield's Zero Plus Time will reward her long-time admirers and win her many new ones." -Mark Pawlak

"'Time has different shades of darkness' writes Dorothy Derifield in the title poem of this collection. Taking her themes and direction as a poet from this understanding, she recalls girlhood scenes in Minnesota; brings us close to the sufferings of having polio: 'the sound of an iron lung at night/ in the half-lit ward;' lets her poetry look deep into history, philosophy and worlds of fantasy. Though her voice can be a somber one, as in her moving poems about her parents' old age, it is often witty as well. Reading this book, we can imagine Derifield speaking through one of her characters in "The Animals Talk Among Themselves": as a poet, she becomes the snake who 'lies curled, asleep' then 'slips away,' having said 'what she has to say about the messenger, / and the choices that were made.'" -Susan Donnelly