Leaving the Base Camp at Dawn, Poems by Daniel Thomas 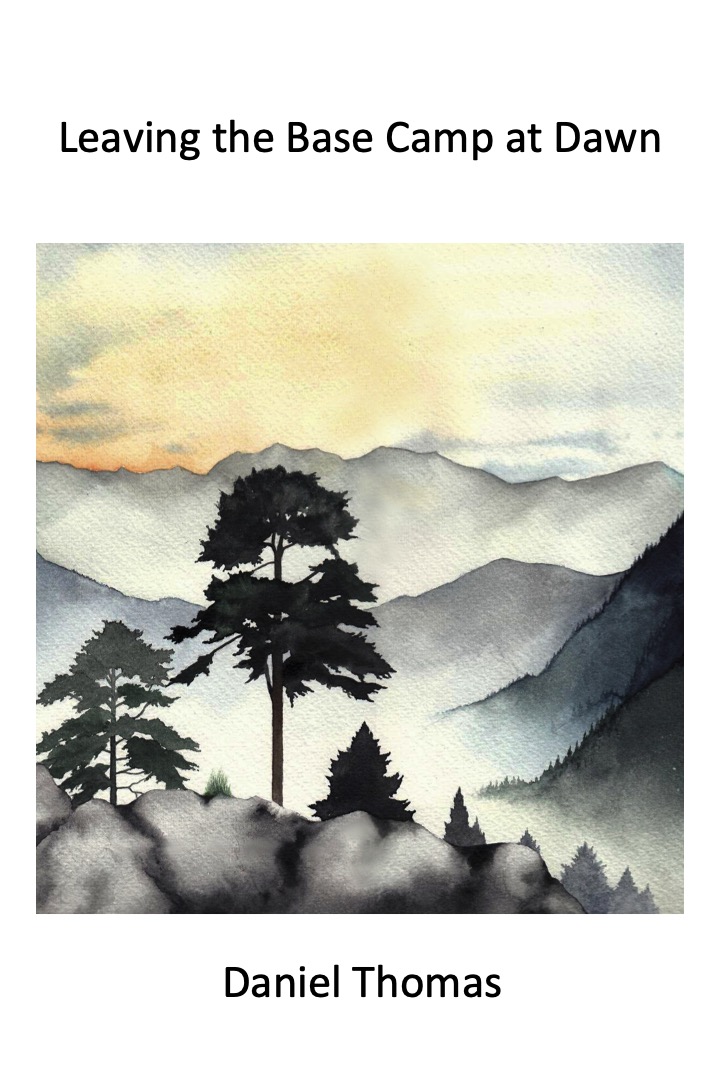 Drawing from Eastern and Western spiritual traditions, Leaving the Base Camp at Dawn explores how a long relationship of love is like a spiritual practice, a challenge to live in true care and compassion with those to whom we are closest. Interspersed throughout this lyric and narrative sequence are 14 poems that travel cliffs, streams and dirt paths and envision climbing a mountain whose peak cannot be reached. This contemplation of the challenge of love makes us think deeply about finding grace and charity in the ordinary moments of our daily life.

"Leaving the Base Camp at Dawn begins with an invocation of the Tang Dynasty poet, Han Shan, whose poems of journey on Cold Mountain inspired the author's Montagna poems, describing a climb to a spirit-place where the mystical meets the mundane. Daniel Thomas is climbing love's mountain-love dying, love discovered 'Who can say/ that a long relationship of love/ is not as worthy a spiritual/ practice as the monk's solitude?' His carefully constructed and meditative poems form a series of revelations flowing into the multi-section long love poem, Chain of Lakes. 'The language/ of water has hidden within me for years,' the poet writes. The fortunate reader hears its rhythms in these poems."-Mary Kay Rummel

"Daniel Thomas' Leaving the Base Camp at Dawn is a brave and honest exploration of love and marriage, of faltering and recovery, feeling both familiar and frightening to anyone who has lived with another human being long enough to see their unshiny side, and our own reflected. He imagines the sound of human voices as an orchestra tuning up, the emotional content of speech, Frost suggested, as a conversation heard from the next room, not so much in particular meanings, but in the deepest emotional tones. In disarmingly plain language, he draws the reader not around, but through the darkness of 'Words' that 'would disturb our unsayable calm.' And I found myself, as reader, cheering this voice all the way through."-Dan Gerber

"These new poems by Daniel Thomas give us beauty, and hope for poetry-a poetry with a clear and deep appreciation for nature, and the meaningful events of our lives, from, which, in each poem, he manages to wrestle a discrete and essential meaning with music and a sure voice."-Christopher Buckley