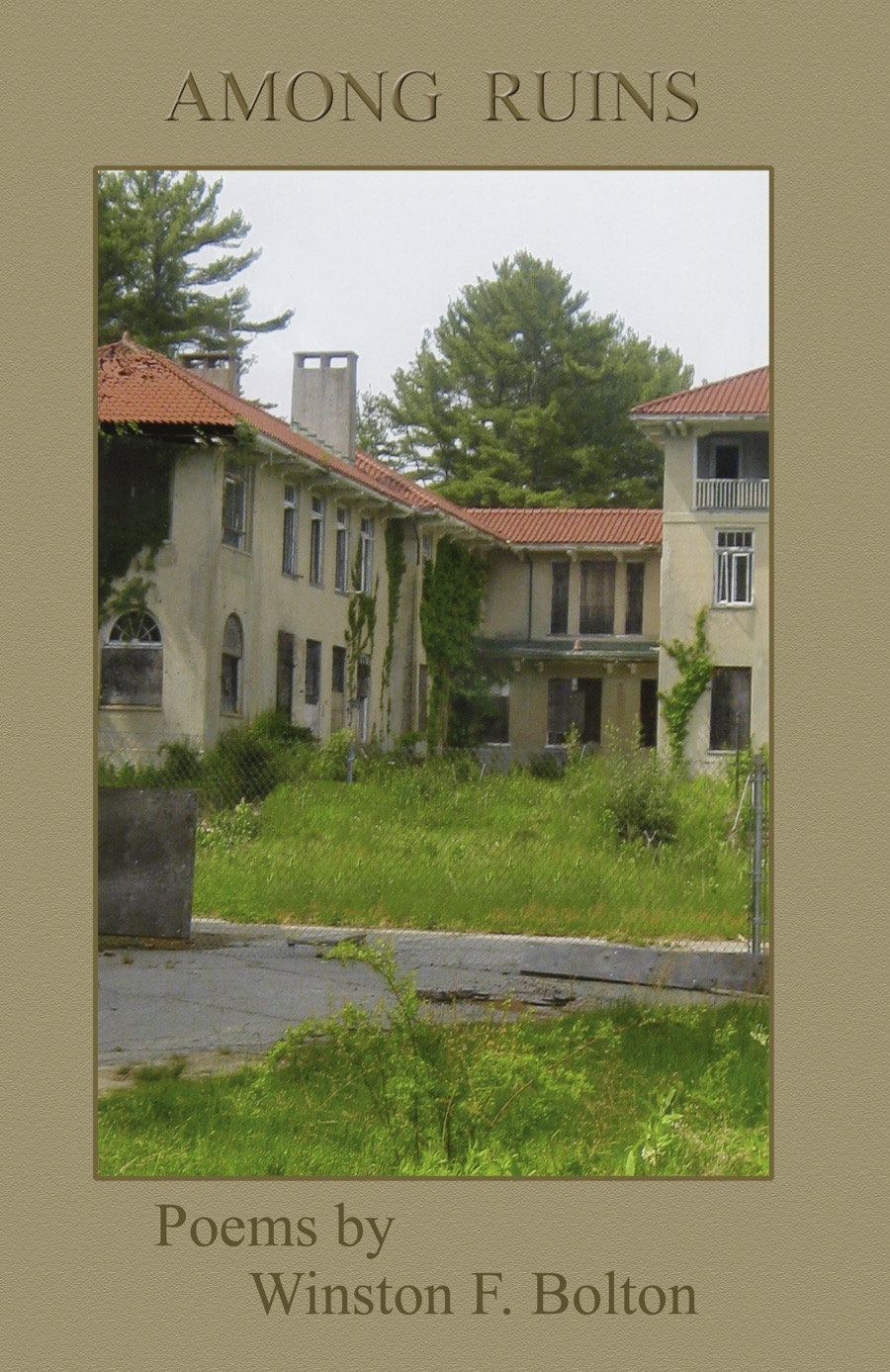 The fragments of beauty in Winston F. Bolton's Among Ruins are lovely in their carefully sculpted shapes, as these poems allude and embody pieces of a larger whole.

A secret light emanates from Winston Boltons Among Ruins. Deceptively simple, mysterious in their sharp clarities, his poems come quietly like the sparrow, to peck at invisible specks / of the sustenance that lies beneath all things. The best of his writing recalls Yeats, Frost and Kunitz. His poems take surprising turns, leaving us to feel acutely the depth of their silences and insights. With the grace of a master, Bolton reveals a vision that stands out like a pool of light / to which cows come / mistaking light for water. I am changed by this vision.  Barbara Siegel Carlson, Fire Road

In Winston Boltons Among Ruins, revelation is found in memories of war, love, and travel that lead him to scrounge sumptuously through the precincts of his experience, where ruins and remnants lie waiting for poetic expression. Like Miltons Il Penseroso and LAllegro, the poems are ever generating fire from the clash of moods and assessments. Among Ruins testifies to this poetic messengers masterful exertions in comprehending what history has made, and made of him.  Jon Curley, New Shadows, Angles of Innocence

Greece, Rome, Stonehenge . . . we prize our ruins, civilizations milestones. They tell us where weve been. Among Ruins is a look-back at a life lived through a significant part of the last century, spanning the Great Depression and WWII. The collection begins with a meditation on light by one, like Frost, acquainted with the night. The poems are marked by the thoughtful ruminations of maturity  on identity, love, war, death. We meet the poet as a young recruit in post-war Japan, confronting a strange culture emerging from its own ruins. This is the boy who barely knew his father, the man he waved to from the grounds of the TB sanatorium. In the poem Harvest, we meet him now in the autumn of life, wondering, when did / time take me by the hand / and say, Old man, / this is where you are.  Faye George, World of Hard Use, Voices of King Philips War

Winston F. Bolton was educated at Northeastern and at Boston University, where he studied with Robert Lowell. He is the author of What the Air Might Say (Rock Village Publishing, 2013). His poems have appeared in a variety of anthologies, journals and periodicals, including Poetry. His work is represented in college-level textbooks, An Introduction to Literature, 12th edition (2001), and Literature for Composition, 6th edition (2003), published by Addison Wesley Longman. A retired technical writer and editor, he lives in Halifax, Massachusetts.