After I Stop Lying, Poems by Deborah Bacharach 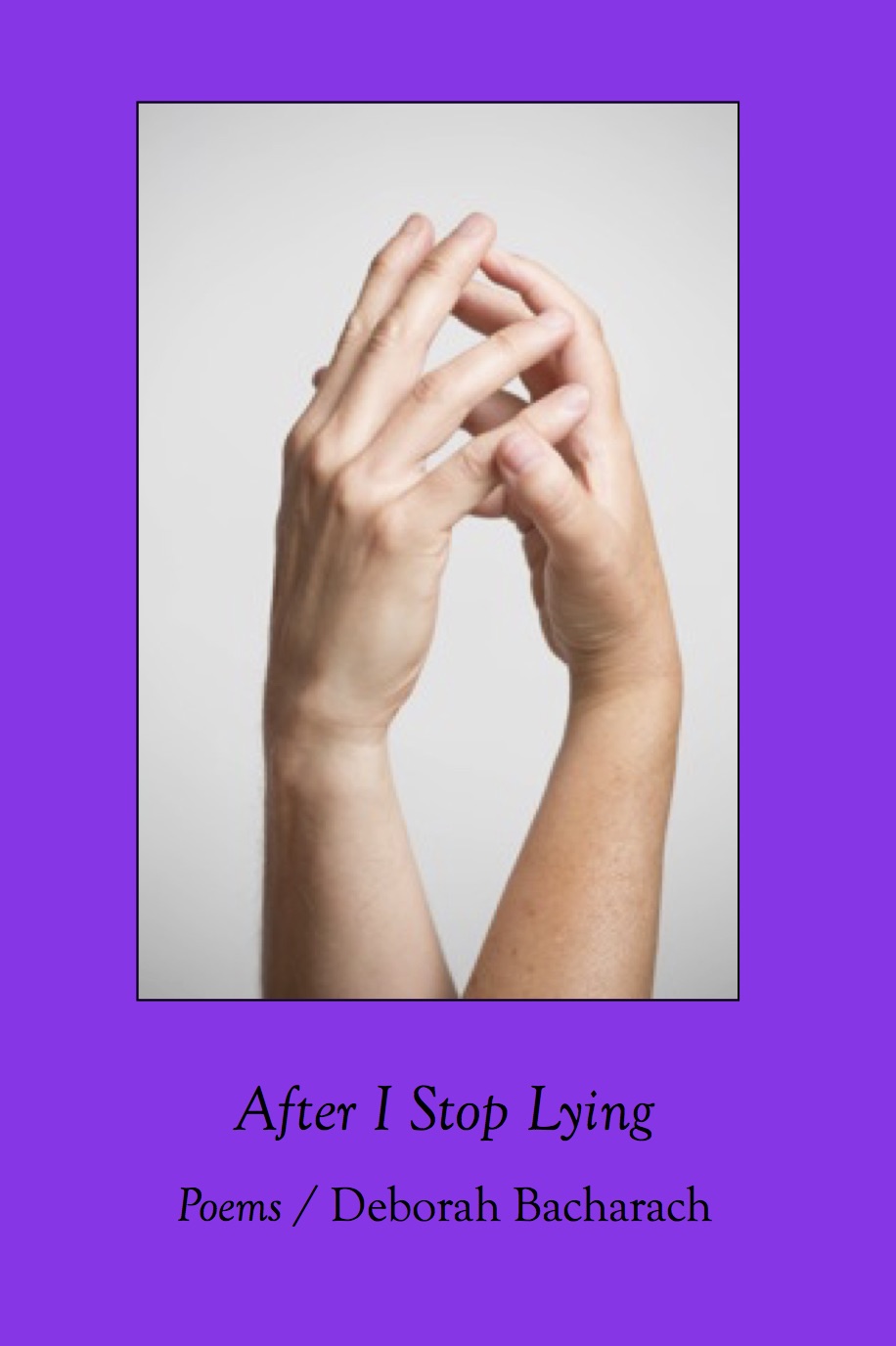 In After I Stop Lying, women confront the mundane and strive for the sacred. One lonely student reaches out to touch a statue of Jesus. A new mother sees, for the first time, the beauty in the overhead lights of a grocery store. A sexual adventurer claims her dance with Apollo. Bacharach takes on pivotal moments in a woman's life-trying to conceive, leaving a child at day care, considering breast cancer-and does so with honesty, clarity, and intensity.

"The poems all sounded like the truth to me. This sensuous, brash, smart collection rockets around the universe with great confidence. We are deep inside the personal visions, the life of our narrator, then we suddenly considering Greek myths, stories and characters from sacred texts, and various histories from our world-wars and memories of other countries, the places our poet knows because of travel or imagination, because it seems the whole world matters to her. This is a book by a poet who has kept her eyes open; the book is a pleasure to read because her mind and heart are open, too, and we sense the urgency of her images as she creates a world for us." - Deborah Keenan, author of 12 books, most recently From Tiger to Prayer and so she had the world

"Bacharach's debut collection explores one woman's search for a well-lived life. By extending the boundaries of daughter, mother, wife and lover, she creates a modern day narrative turned strangely askew. Whether the poet finds the guidance she seeks in 'learning the gods' or 'in breasts round as cellos,' lucky readers will delight in the journey." - Susan Rich (Cloud Pharmacy, The Alchemist's Kitchen, Cures Include Travel , The Cartographer's Tongue)

"Like thumping melons you have to have a feel for when the poems are ready. Bacharach bids us to taste her words at the moment they are done to perfection. It's a joy when a poet slows us down and gives us life ready and ripe. These poems are a pleasure." - Gary Glazner (How to Make a Living as a Poet and Founder of the Alzheimer's Poetry Project)

"After I Stop Lying returns to us the real: fat with hope, bright with Old Masters, wise about not fitting in, uncomfortable about assimilation. Always in these poems Bacharach is alive to the world: 'it's coming through my skin, / the sound of the spoon against the cup, / the sound of the rain, the sound of the chair scraping.' By turns mordantly funny ("my student /  cannot learn the paragraph. I'm not talking // concept here, like when a new idea begins; / I'm talking a push on the tab key') and exquisitely powerful ('I cannot know that I will bear a child, / that she will be whole, / that her heat will flood my body'), After I Stop Lying is a rich book, replete with insight, sense, and feeling." -Sharon Kraus (Strange Land and Generation, editor at Literary Mama)

"[After I Stop Lying] ...hypnotic, erotic, thrilling and lusty, the poems in this volume make graceful, startling leaps between past and present, myth and mundane modern life, body and scripture, self and other. 'The New Joke' surprises with its fresh and chilling take on the ordinary experience of diversionary laughter just at the moment when tragedy gets its foot in the door. In Bacharach's poetry, integrity effortlessly shares space with sexual hunger; love of her children shares room with a fantasy of leaving a perfect six-year old boy behind. In the title poem, the poet suffers appetite-hobbling pain over having lied to her husband about a broken promise; yet she writes, with humor and sensuality, in the poem, Asking to Borrow a Friend's Husband, 'I want to slip my hands under that shirt/ to be on my knees, sink my mouth down/like the last bee finding the last bloom.'" - Peggy Shafer ( Sleeping in Damascus)

Deborah Bacharach is a poet and essayist. Her work has appeared in New Letters, The Antigonish Review, Cimarron Review, Bridges, Drash, and Many Mountains Moving among many journals and was recently nominated for a Pushcart Prize. She was a college writing teacher for twenty years. Now, she is a freelance writing consultant in Seattle.