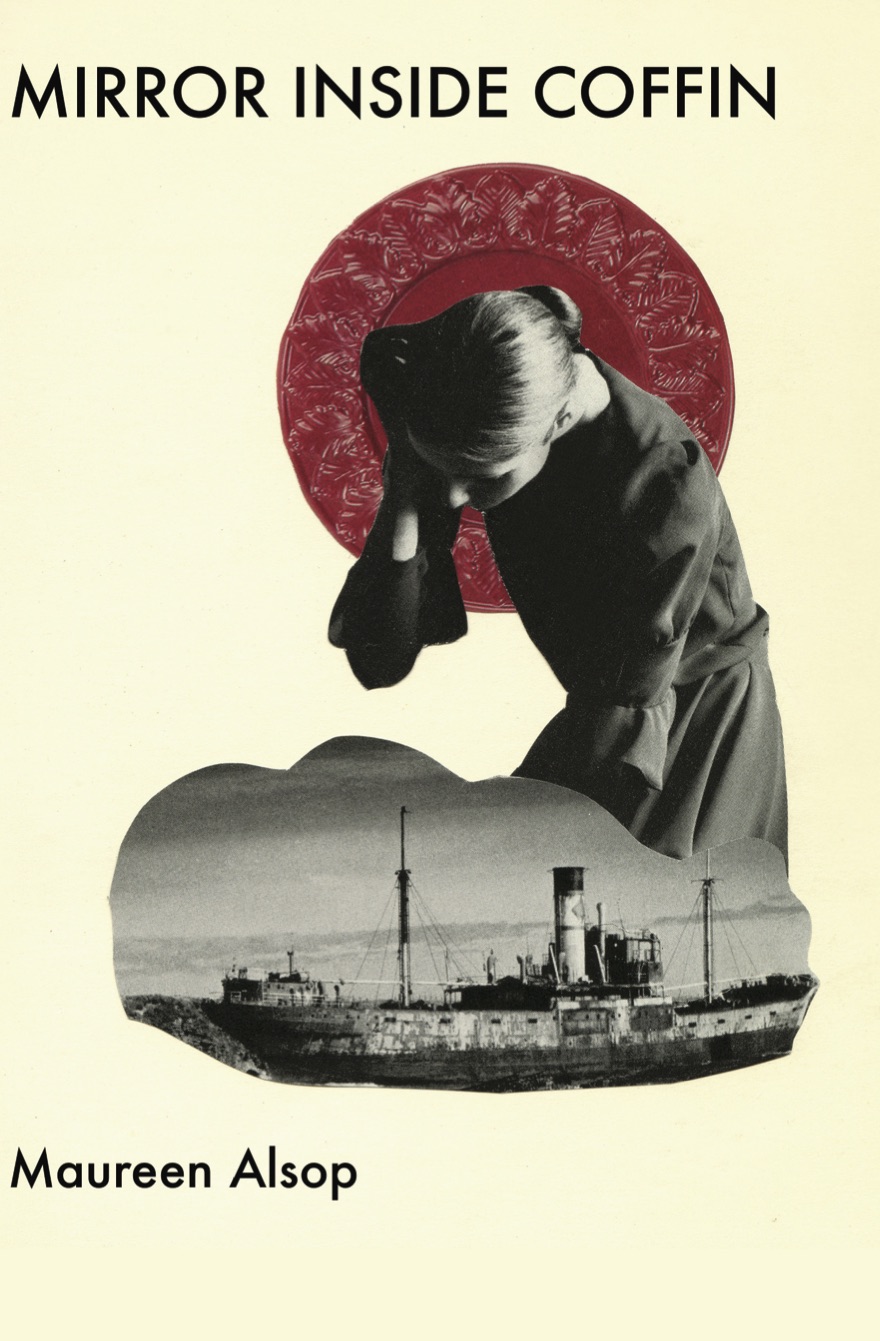 "… Maureen Alsop matches lyric grace with a violently beautiful use of metaphor to mate the intimate with the vast." Farid Matuk, University of Arizona Poetry Center

“Alsop creates a world reminiscent of that in Geoffrey Hill’s Mercian Hymns, a world that seems to exist in multiple times at once, manipulating elements of myth and mysticism, the natural world, and modern day totems…” S. Whitney Holmes, The Offending Adam

“Alsop’s poems are wicked, irreverent, often tender with a sly edge; yes, sometimes they’re abundant in their play, and she goes after this decadent language with intense vigor.” Metta Sama, Her Circle

“Fearless, Maureen Alsop reaches to the innards of darkness, stirs them round with dreams and associations pulling out something lace-like.” Crystal Hartman, CutBank Literary Magazine

“There are many… that I must still return to. I find myself unable to demand meaning from them, but rather like lovers, they give of them selves best as reward for gentle coaxings.” Moira Richards, Women Writers

“Alsop’s poems may be shameless in their eroticism but they are anything but empty. These poems are filled with genuine feeling and intelligence. She writes with an emotional tension that rarely lapses or becomes distraught....these poems contain some of the best new writing I have had the pleasure of reading in some time.” Michal Rattee, FutureCycle Poetry

“By turns delicately atmospheric, by turns almost alarmed by what they witness, these poems are united by their unflinching look at the limen between beauty and the grotesque, at the potential of surrender when the two become one.” Stephany Prodromides, Poetry International

“Alsop is skilled at creating sensual imagery, often referring to both the beauty and violence in nature, and skilled also at sudden shifts in tone that turn poems in completely different directions. These shape and subject shifts distinguish her work, make her able to acknowledge what is human in the wilderness that defines the world.” Michelle Gillett, Calyx

“Alsop’s poems are sublime; the poems morph with each line to be an ever expanding beauty. As Kant’s sublime was, ‘to be found in a formless object,’ the sublime is present in these poems as the images appear, disappear, to appear again. The book is like visiting a haunted house, the ghosts are ever present and yet delightfully elusive.” Nicelle Davis, Pank

“[Alsop’s poems] …transform the way we perceive the ordinary world around us through stunningly original imagery and language.” Christina Cook, Poet’s Quarterly

“Alsop is brilliantly incantatory, each poem conveying the sense it was transcribed while under a spell, and just as lush and strange as you would expect. Alsop is an alchemist, possessing the uncanny gift of rendering the concrete abstract, the opaque transparent…Alsop has succeeded handsomely in dissolving the familiar: those liminal borders between poem and poet, poet and narrator, narrator and narrative, seer and seen. We are the fortunate voyeurs and trustees of her journey.” Lissa Kiernan, Arsenic Lobster